Read Orbiter's Writer/Producer/Director David Rosler's take on the future of 3D movies at venerable Films In Review, the oldest cinema journal in the United States, founded in 1919 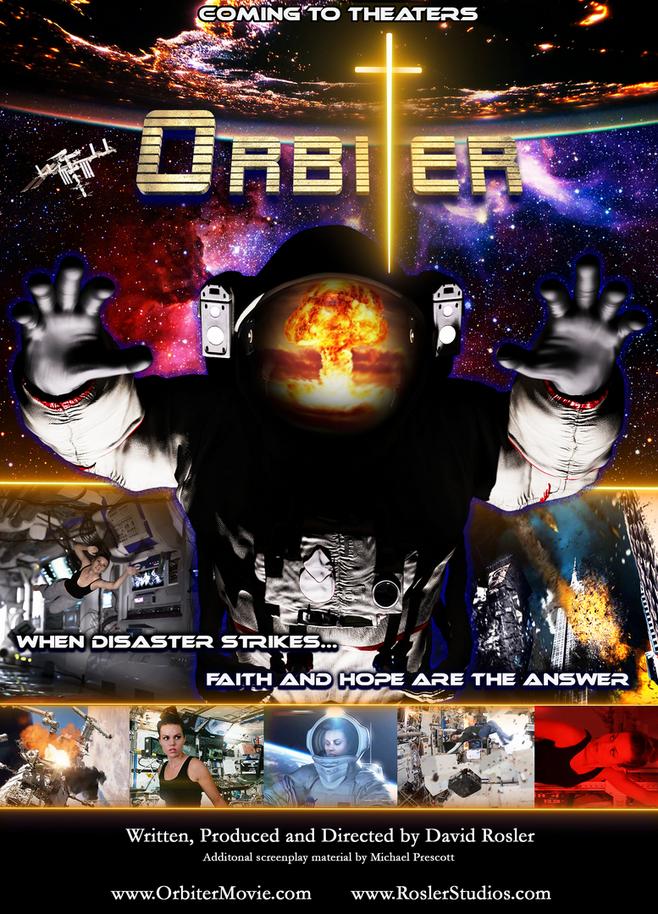 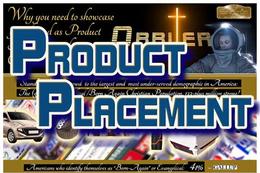 IMPORTANT! Please read this page on this website to understand why bringing younger generations back to God is more critical for the continued literal existence of the United States than you might think. CLICK HERE

"A winner"..... "Great story"... "(Orbiter's) got all sorts of things going on in there to attract all sorts of different people. Action, it's in space, which you know is a big draw, and of course, it's got the faith-based angle as well so it sounds like a winner to me, I can't wait to see this thing."... "My partner will tell you, I'm not a big sci-fi guy, but I'd go see this."... "Yeah, this is gonna be great. I love the premise on this."

"The whole premise of the movie sounds fantastic.... I love the fact that (David Rosler) is targeting young people as well, on trying to make them proud of their faith again..... It would make sense to invest in this."
~ Real news, Morning Drivetime with Mr. Henry and Nick Crawford, 92.3 FM & 760 AM, Knoxville, Tennessee 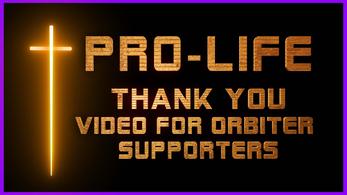 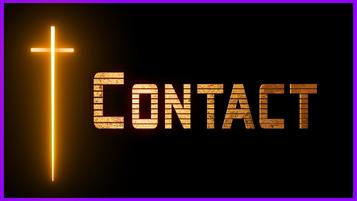 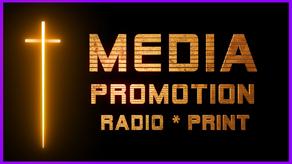 NOTE: Apparently there are a few people in the motion picture industry named David Rosler. To avoid confusion, here is the website for Orbiter's creator, David Rosler 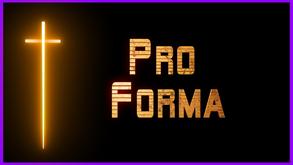 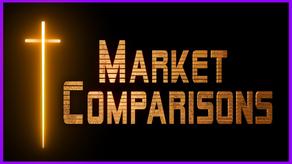 Real News Morning Drivetime 92.3 FM & 760 AM discusses why Orbiter, is a great investment after their interview with Orbiter writer/producer/director David Rosler

The term "Completion Funding" suggests that the original budget had not been properly met. While that can sometimes be the case, it is not the case with Orbiter. Producer/director David Rosler invested his own funds entirely to get his Orbiter screenplay off the ground and get critical production work going, so much does he believe in Orbiter's message and potential for a return on investment. No other investors were initially involved.

The "faith-based" movie genre is the new success market in the U.S. and in many areas of the world. To be sure, it requires knowledge of the audience base from an inside perspective, and with sincerity and belief. The audience for these films no more wants their values misrepresented any more than Star Trek fans want a re-boot of the classic franchise in which the Enterprise is called a "rocket ship" and Mr. Spock is "Doctor Spock from the planet Mars". That said, there is no more motion picture market open for success than that which appeals to people of faith in particular.

Orbiter knows its audience and the audiences will reward Orbiter and future films like it as they have others, so they can spend a day at the movies with popcorn and soda for the kids and have their most important feelings and beliefs spoken to them properly. In a world in which Hollywood sometimes appears to actually dislike believers, while there are terrific exceptions like Tyler Perry and Denzel Washington, too often TV comics and announcers degrade those of faith. Even cartoons attempt to humiliate them. Orbiter, like the others, will be a huge hit to its core audience, perhaps setting records because it is entirely unique. Add to that the stereoscopic 3D and special effects and you have a sure-fire winner for the younger audiences.

Orbiter is suspenseful, exciting and inspiring with a powerful message worked seamlessly through a storyline which speaks to the concerns of today. Orbiter is first-class all the way. 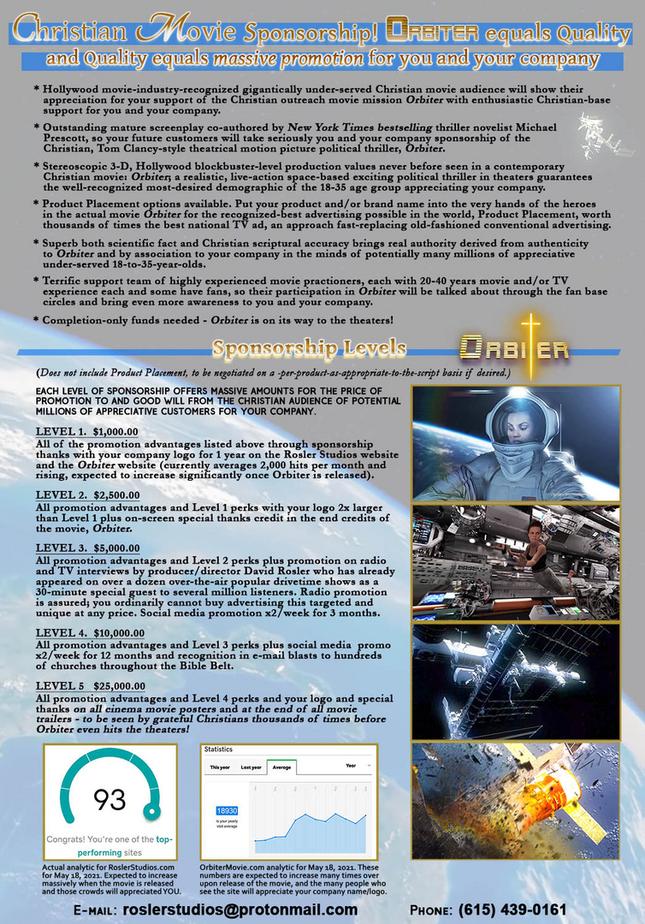 WORLDWIDE DVD, OVERSEAS THEATRICAL, AND WORLDWIDE TV AND STREAMING DISTRIBUTION ARE ALL STILL BEING OFFERED TO INTERESTED DISTRIBUTORS.