WHY BRINGING YOUNGER GENERATIONS BACK TO GOD IS CRITICAL FOR THE CONTINUATION OF A FREE SOCIETY IN THE UNITED STATES.

As the Founding Fathers of this nation, historically-recognized as brilliant men all,  cited, the United States, to function as a nation, must have God at the center of its structure or could and can not function and would fall into despotism, chaos and despair:

"Our Constitution was made only for a moral and religious people. It is wholly inadequate to the government of any other."
"It is the duty of all men in society, publicly, and at stated seasons, to worship the SUPREME BEING, the great Creator and Preserver of the universe."
~ John Adams

​​"It is impossible to govern the world without God and the Bible."
~ George Washington

"As Piety, Religion and Morality have a happy influence on the minds of men... that our children and youth while they are engaged in the pursuit of useful science, may have their minds impressed with a strong sense of the duties they owe to their God, their instructors and each other, so that when they arrive to a state of manhood, and take a part in any public transactions, their hearts having been deeply impressed in the course of their education with the moral feelings - such feelings may continue and have their due weight through the whole of their future lives."
~ Samuel Adams

"It cannot be emphasized too strongly or too often that this great nation was founded, not by religionists, but by Christians; not on religions, but on the gospel of Jesus Christ."
~ Patrick Henry

"Adore God. Reverence and cherish your parents. Love your neighbor as yourself, and your country more than yourself. Be Just. Be True. Murmur not at the ways of Providence."
~ Thomas Jefferson

"Suppose a nation in some distant region should take the Bible for their only law book, and every member should regulate his conduct by the precepts there exhibited! Every member would be obliged in conscience, to temperance, frugality, and industry; to justice, kindness and charity towards his fellow men; and to piety, love and reverence toward Almighty God... What a Utopia, what a Paradise would this region be."
~ John Adams

Plainly, The Founding fathers all well-knew that our structure of society and government cannot function or even exist without men and women of God controlling the nation. As has been said by them countless times, if we lose God as the central bedrock of our society, we lose our nation.

It is no secret that for many years college students have been indoctrinated into Marxist communism. The fact that it is in contradiction to what our Founding Fathers said is spelled out in the writings of the father of Communism, Karl Marx, who in his manifestly aggressively hateful ignorance created a political Frankenstein's monster which even he would prove to not be able to control.

KARL MARX, THE FATHER OF COMMUNISM
"Religion is the opiate of the people"... “My object in life is to dethrone God and destroy capitalism.”
~ Karl Marx, The creator of Communism

No one need know more than this to know that God must be brought back into the society of our beloved United States or we will lose this nation and the world will lose it's only bedrock guarantee of freedom and firewall against tyranny... and misery will engulf all of the United States and encircle the world; there will be no place to which to go to escape the horror of abject oppression, political murder and destitution and every citizen within our borders will hate their own existence for the rest of their lives.

We believe this reversal in the minds of the teens-through-twentysomethings can be accomplished in just a couple of years. But it must start happening NOW. There is no more time to wait. 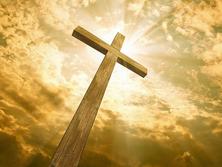 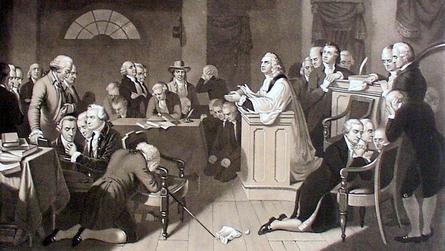