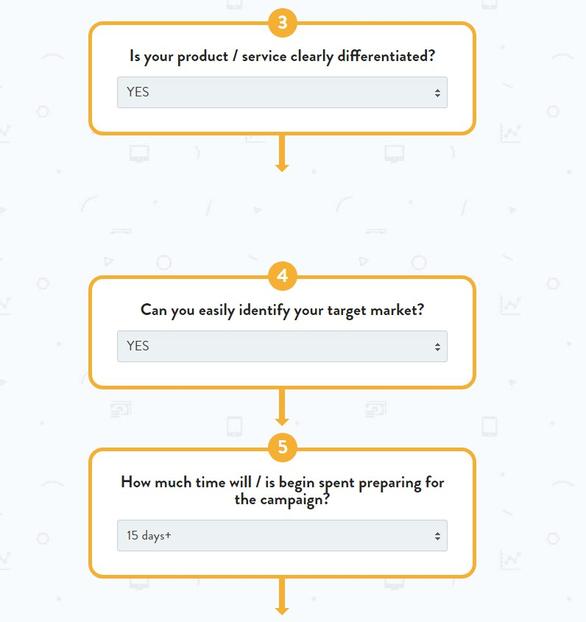 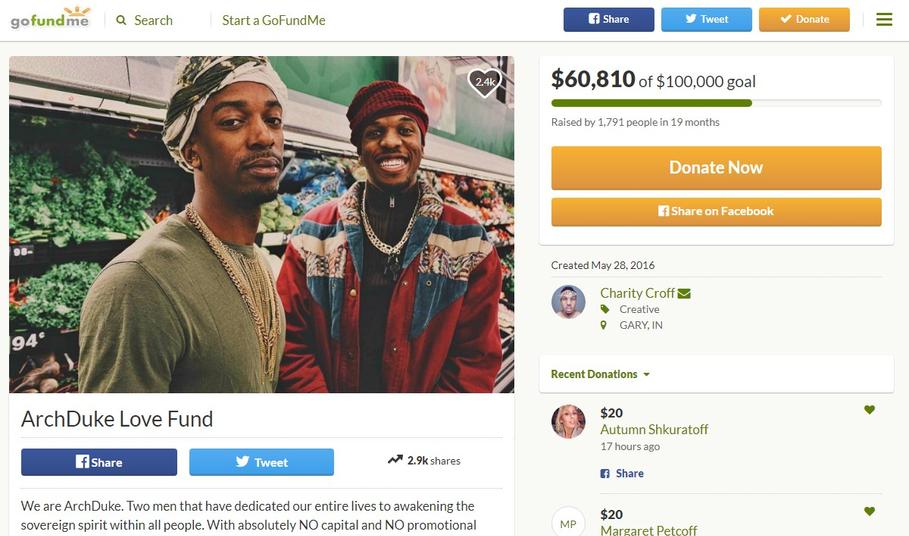 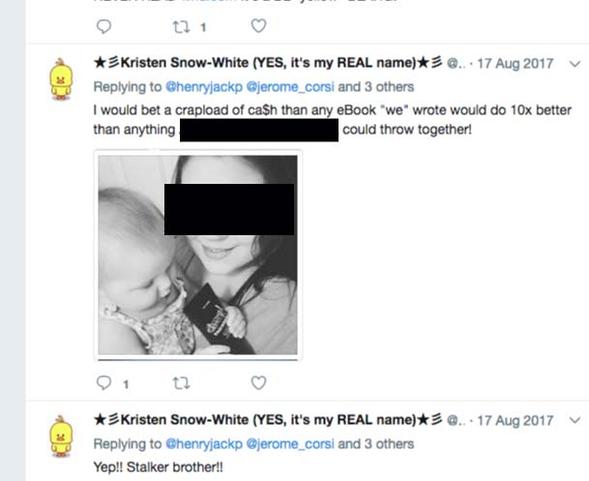 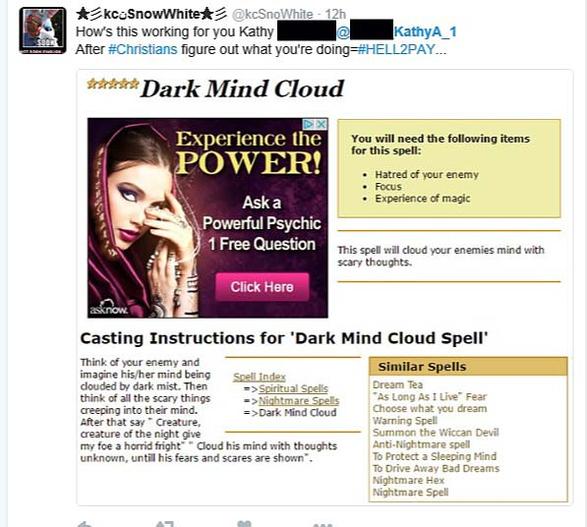 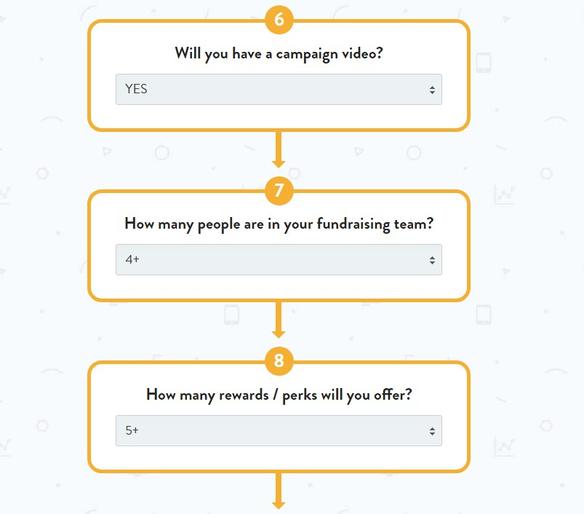 The problem is that these hits are not reflected in the donations which saw NOT ONE donation except from one person who knows us.This is essentially totally impossible according to the laws of probability (specifically, in this instance, that which deals with continuous probability distributions). At the very least out of 6,000 participants, it is reasonable to expect an absolute minimum of one percent donation quotient equalling 60 donations (also see the somewhat applicable Internet one percent rule). Our crowdfunding shows us zero during the 6,000, radio-interview-inspired visits, in a stark imitation of the Facebook censorship. Plainly, very bad people are interfering with the donations just as they have been censorship and harassing Christians and Orbiter people in particular.

The image below shows the total backers both before and after the 6,000 visits, all from people known to us. The lack of any donations during the 7-show radio campaign is a textbook example of the manifestations of internet theft, as you shall see.

A tiny sample of the manifest hate toward Kathy that the group in question has published publicly.

Now see the evidence of the crimes being committed against Orbiter. 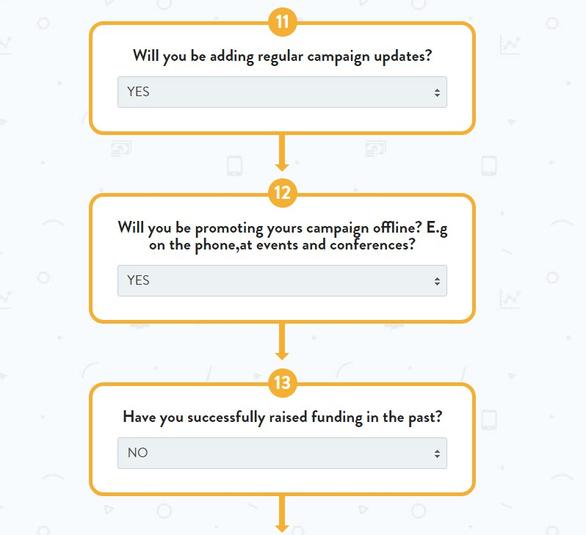 The easy explanation to offer is that with money tight, people just aren't giving to crowdfunding projects. It sounds plausible on the surface until you see that the crowdfunding sites are absolutely packed to the brim with hundreds of millions of dollars worth of donations to the most arcane and esoteric causes you could ever think of. This now makes our 6,000-visitor equals-zero-sum-scenario entirely, ridiculouslyimpossible.

See, below, a few of tens of thousands of 'causes". While we make no disparagement of these causes, the disparity between their causes and Orbiter's message of peace, and the amounts raised by them and so many countless others and our sudden shut-down of any incoming donations make the fact of some criminal activity plain. 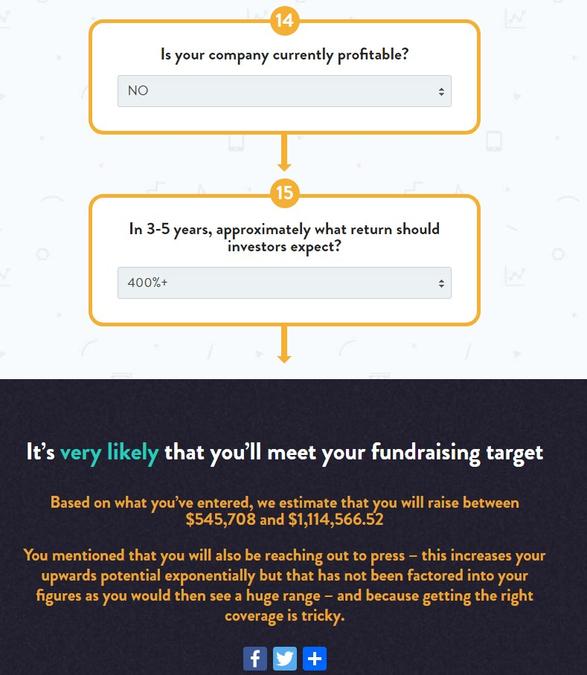 With many thousands of successful crowdfunders like those illustrated above, from shamed dancers to Liberian chimps, the proof is in that people are giving collectively in the hundreds of millions of dollars. To repeat, this means that for the 6,000 visitors inspired to visit the Orbiter site by their favorite radio hosts to wind up giving nothing is statistically impossible without some form of criminal theft being involved.

Here are some statistics about crowdfunding, generally:

PEW RESEARCH: Roughly one-in-five Americans (22%) report that they have contributed to an online fundraising project on a website like Kickstarter or GoFundMe." 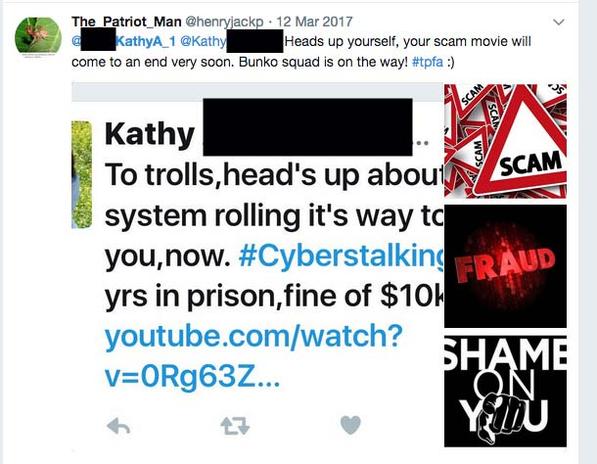 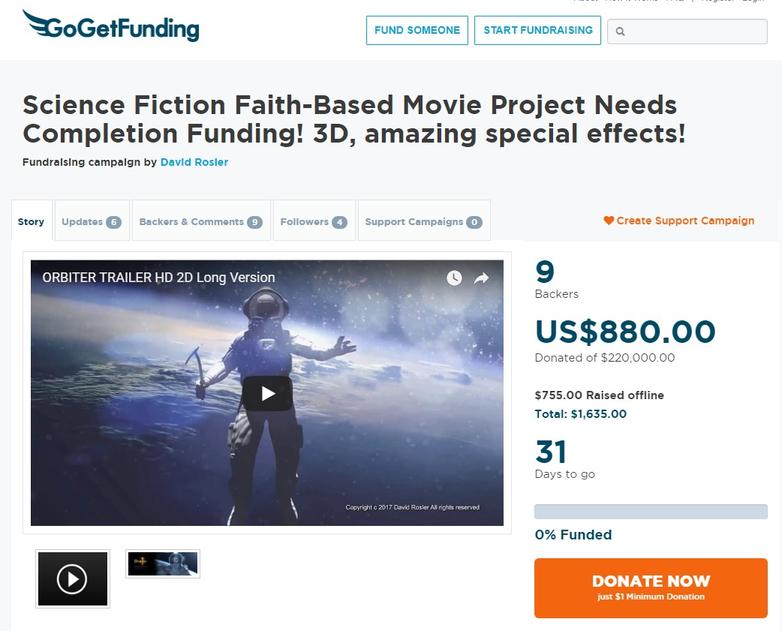 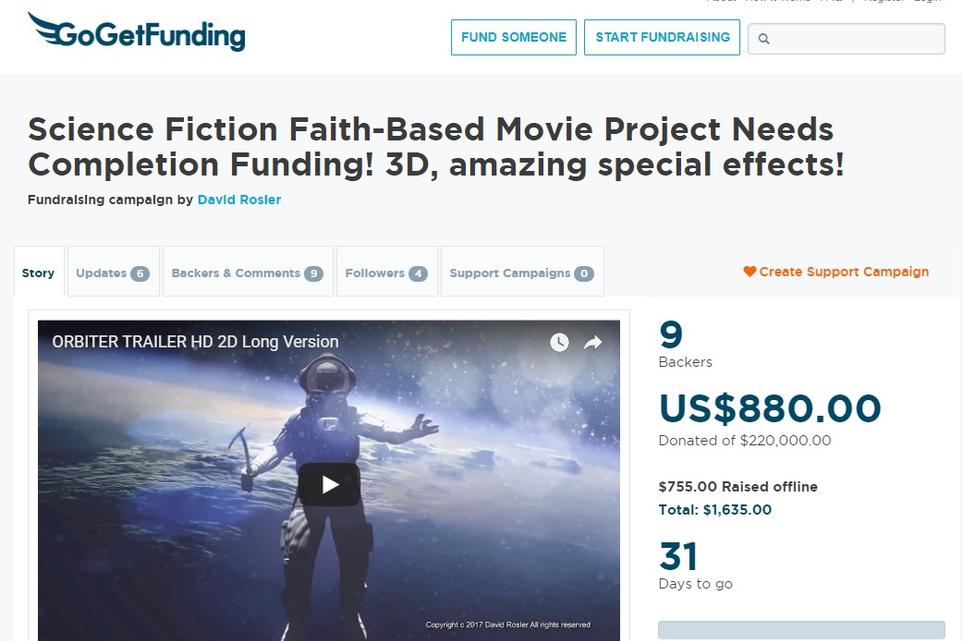 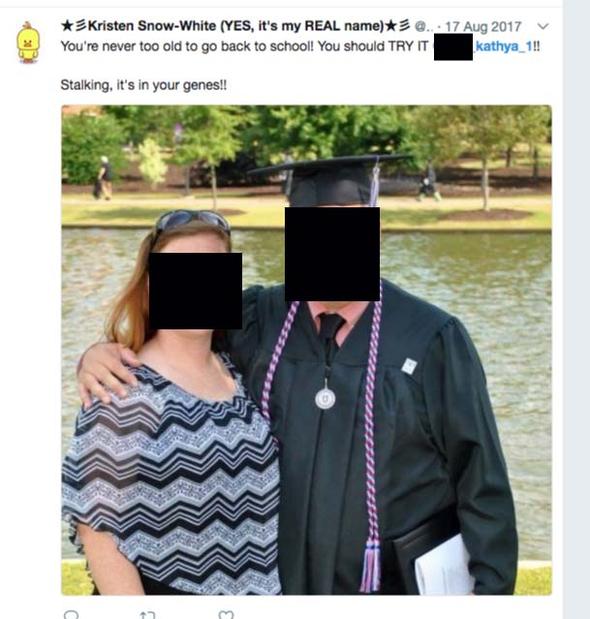 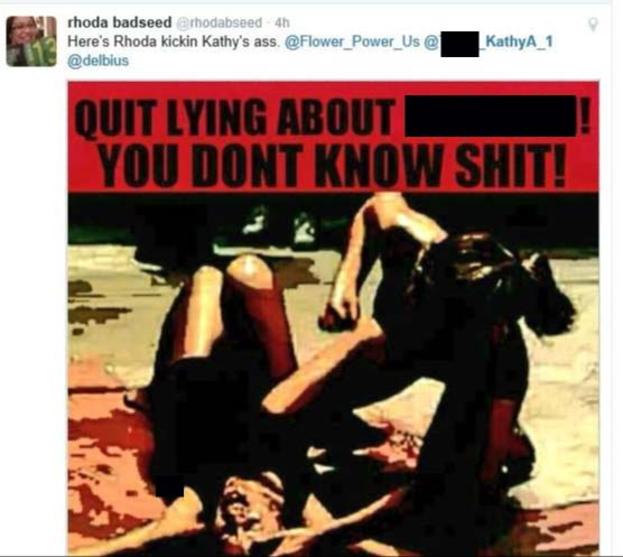 The week before this past Christmas, we saw conclusive evidence that someone is interfering with Orbiter donations.    Thanks to the startlingly effective booking talents of Associate Producer Katherine Shell, Orbiter writer/director David Rosler appeared on no less than 7 over-the-air, popular drivetime radio programs in Orbiter-friendly larger-market territories, in 5 days. In all of the shows, the hosts were extremely enthusiastic about Orbiter, making a point a few times during the 10-to-20-minute segments, to ask their listeners to go to this website and donate.

In-line with the idea of denying Orbiter financing through donations, this group seems obsessed with defaming the project and its producers to frighten away potential donations on Twitter and Facebook. Defamation with obvious malicious intent to ruin a business in coordination with other messages to put the target individual in danger is not the first-amendment-protected opinion or even civil case defamation, but criminal activity. 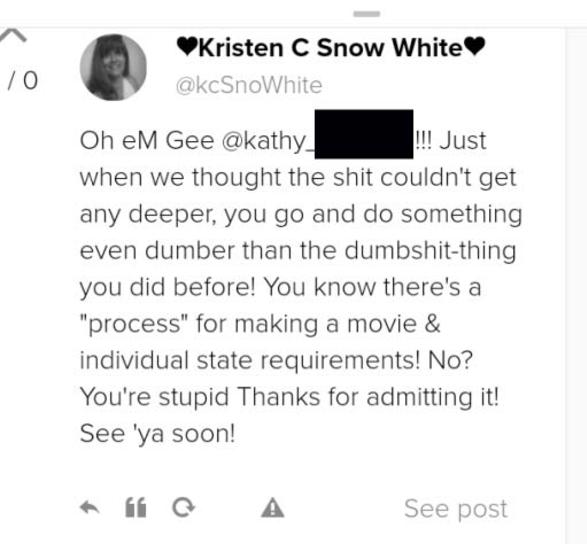 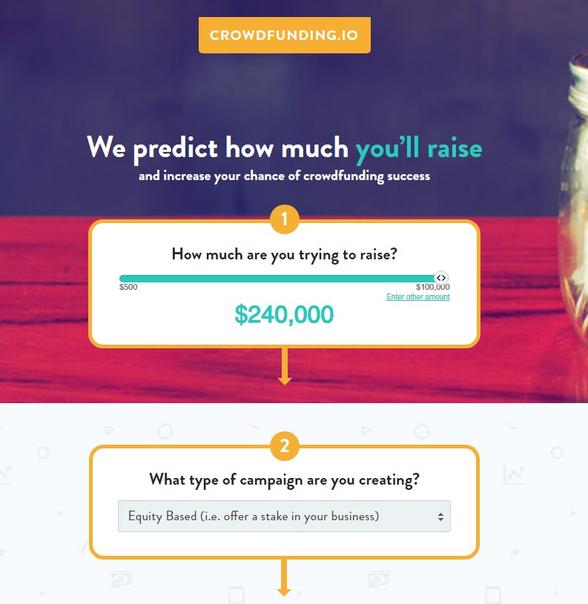 A textbook sample of criminal extortion, powered and perpetuated apparently willfully by "Delbius Harvey" head of "Trust and Safety" at Twitter, whose prior organization, "Perverted Justice' set the standard for this exact style of internet criminal harassment and extortion.

In the most vile attempt imaginable to manipulate and extort Kathy into silence and abandoning her dreams, they started posting on Twitter images stolen off Facebook of Kathy's daughters and family, in-context to the relentless attacks against Kathy, many unambiguous implied threats against her family and children

A tiny sample of hundreds

Then antagonism, plainly designed to rattle Kathy, defame her and ruin her prospects have been relentless.

ARE THERE MALICIOUS ANTAGONISTS AGAINST THE ORBITER MOVIE PROJECT WHO ARE PERSONS OF INTEREST IN THE OBVIOUS THEFT OF ORBITER DONATIONS?

​TO THE GOOD PEOPLE WHO HAVE VISITED THIS SITE FOR ALL THE RIGHT REASONS: HOW YOU CAN HELP: DONATE! We know that sounds odd if the donations are being stolen, but it is the only way to close the door on this criminal interference. It's win/win all the way, now, if you donate in the following way:

1. If they get frightened because of this post, they allow the donations to go through. This shows that they were doing what we know they're doing.

What we are attempting to do is to make it as difficult as possible, if not impossible, for the bad guys to keep track of all this and censor the donations. ONCE WE HAVE SEVERAL DONATIONS WHICH EITHER DON'T SHOW UP ON OUR CROWDFUNDING BOARD (you may be looking at a fake crowdfunding page) OR DON'T SHOW UP UNTIL AFTER YOU EMAIL, THEN WE HAVE THE CRIMINALS COLD AND CAN SEND THE AUTHORITIES TO SEVERAL PEOPLE WHO ARE CONNECTED TO THE ORGANIZATION BEHIND THIS. IF YOU GIVE, WE ALL WIN; ORBITER GETS COMPLETED AND WE TAKE DOWN AN ORGANIZATION WHICH MAY BE DOING THIS TO THOUSANDS OF PEOPLE AND ORGANIZATIONS ALL OVER THE COUNTRY.

PLEASE DO YOUR PART! DONATE  OR INVEST.

AT THE SAME TIME!  THE TIME IS NOW!

There is a group of individuals, all plainly closely associated, working as an organized unit, seemingly trying to do absolutely anything they can, for a very long time, to damage both Orbiter and the two producers. Most attacked has been co-producer Katherine Shell, who has bravely allowed her own personal experiences to be published here, provided that we block her last name from a previous marriage, because these people have now turned to implying threats against her children and family in a plain attempt at extortion; in this case, to crawl into a ball and give up Orbiter and expressing herself publicly (extortion is yet another criminal act, if you're counting). The screenshots of tweets are used legally per the Fair Use Act as well as Twitter's own terms of service: 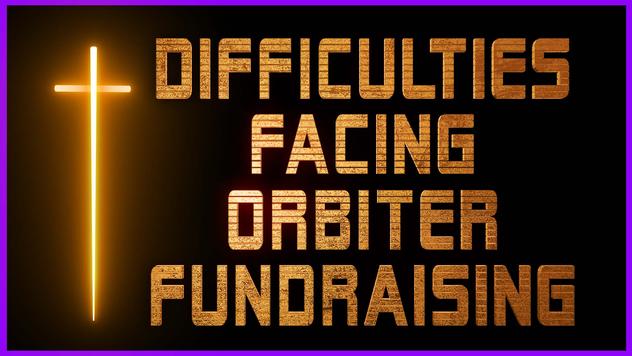 Here, ex-tech professional Stan Hjerleid, one of the worst of the crowd, essentially admits to hacking either the prior GoFundMe account or Kathy's associated Paypal account, since such "notifications" as he claims to have received are exclusively proprietary to the account holders and sent only to those with inside access to the accounts. One assumes that such messages are meant to distress and demoralize.

While we will not post it here to protect third parties, Kristen Snow White or her friends hacked Kathy's personal G-Mail account - one with a complex password -  took a screenshot of a business conversation and sent it with an email to Kathy, basically threatening Kathy's life. We have the email, the screenshots and the email itself saved. 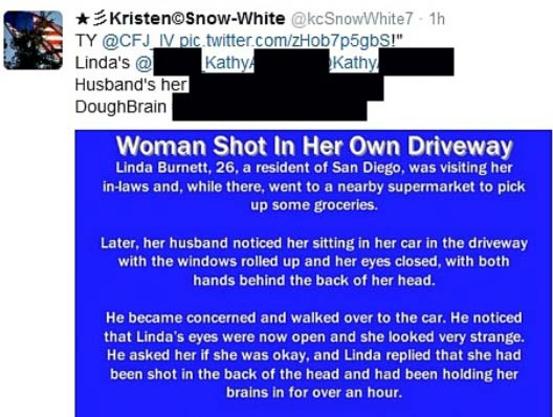 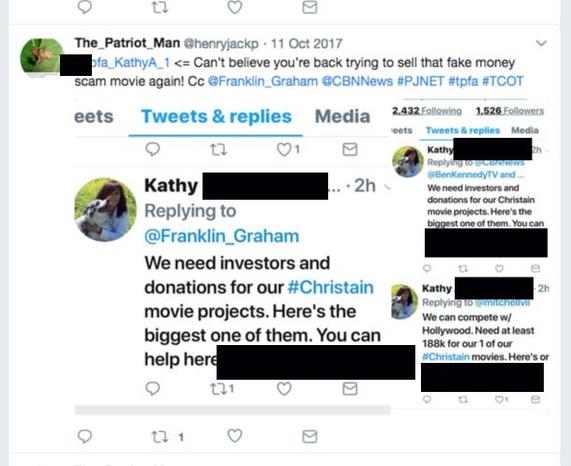 Kristen Snow-White has publically admitted to believing that she is a Wiccan Witch who apparently believes her "magic powers" can affect physical reality. For real. We assume that this is her idea of psychological warfare, also known as criminal harassment.

With this avalanche of anticipated - indeed, predicted - dollar amounts to be raised, we repeat: with donations only from a few people who are publically known to us is statistically impossible. And after the radio shows, we have been averaging 500 hits a day, with not one red cent showing up on the crowdfunding page(?!). Statistically impossible - the odds are many-millions-to-one. Probable cause.

Here, "Patriot Man" responds to Kristen Snow-White of Fresno California after Kristen donated literally 2 cents and then as someone who "Donated",  filed a complaint with Paypal and the crowdfunding site, calling the campaign a fraud and demanding to have the crowdfunding site taken down. The electronic transmissions from PayPal attesting to the fact have been saved and prove this.

UPDATE: On 1/7/2018, in the presence of friends from church, all in the same room, Orbiter director David Rosler wrote to the Orbiter crowdfunding company, "GoGetFunding" and basically read them the riot act in no uncertain terms. The automatic e-mail response said on that same day that it takes approximately 8 hours to respond to concerns. Today is 1/10/2018, 3 days later, and they have remained silent. This makes us suspicious that what happened occurred from within the GoGetFunding crowdfunding platform itself, just as the Facebook censorship of Orbiter obviously happened within that platform - only this time, money is involved and that makes it a crime no matter who did it. 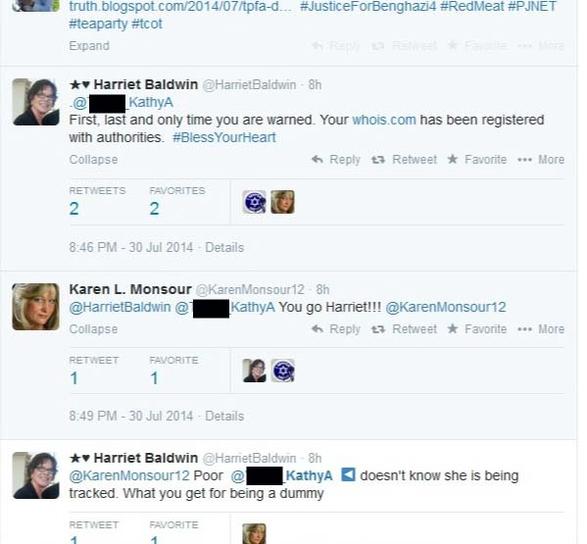 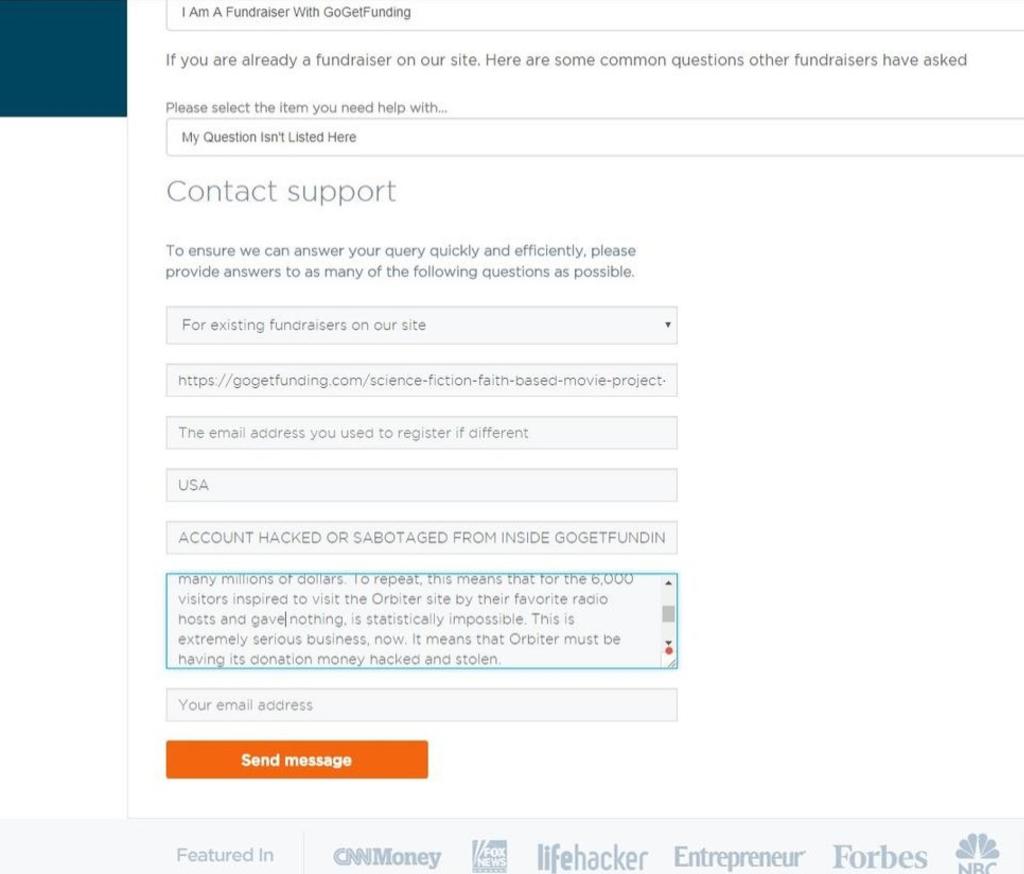 You saw the Facebook censorship of Christian "Orbiter", here. 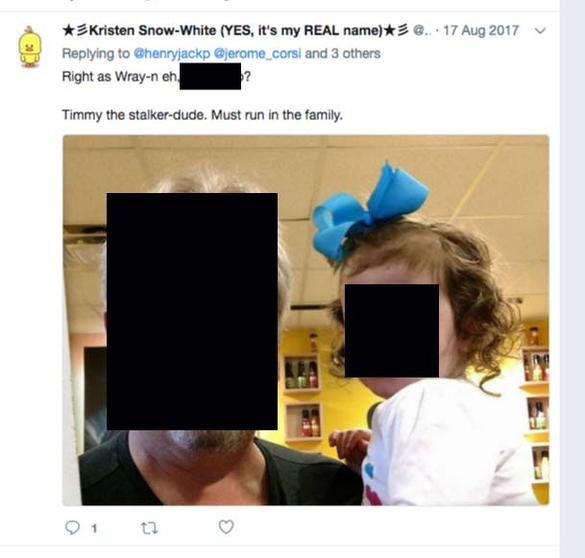 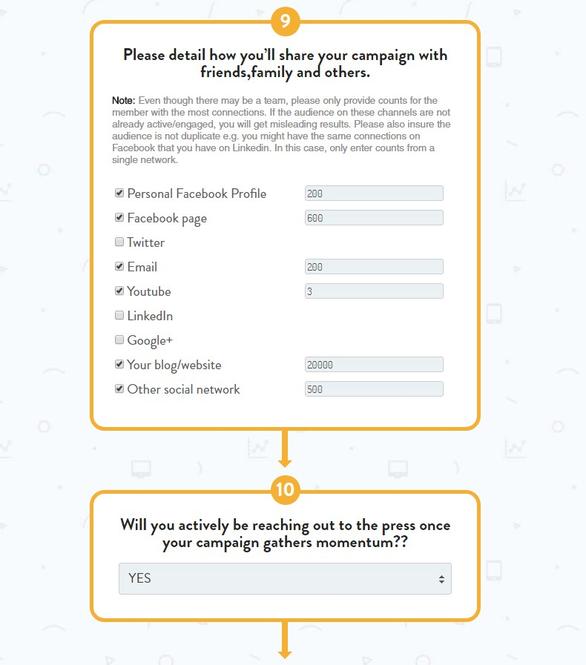 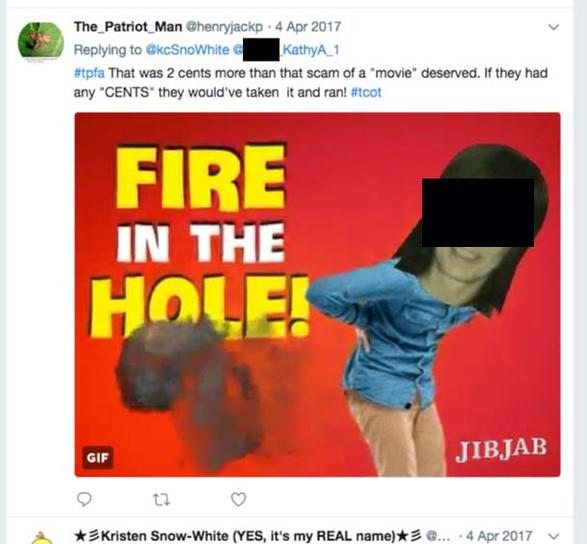 Below, tech specialist Stan Hjerleid somehow attained Kathy's unlisted personal home address and in the context of endless harassment and death threats, posted a map to her home on the internet for all to see. Obvious extortion again, obviously to make Kathy shut up, crawl into a ball out of fear and abandon her dreams while impugning her dignity.

NAMES AND PROOF OF THE "PERSONS OF INTEREST"   Since there is only one group like them in the world, they are the ones to whom we will send law enforcement pronto to start investigating what has happened and continues to happen to Orbiter's crowdfunding; and also, to start interrogating management at GoGetFunding.     No choice. Must be done.

IN THE MEANTIME, IF YOU WISH TO INVEST IN ORBITER WHICH IS SO LAUDED BY CELEBRITIES AND INDUSTRY VETS ALIKE, PLEASE CONTACT US ON THE CONTACT PAGE AND BE SURE TO LEAVE A PHONE NUMBER. THESE MANIACS WILL NOT HARM YOU AND WE NEED YOUR HELP. THANK YOU. 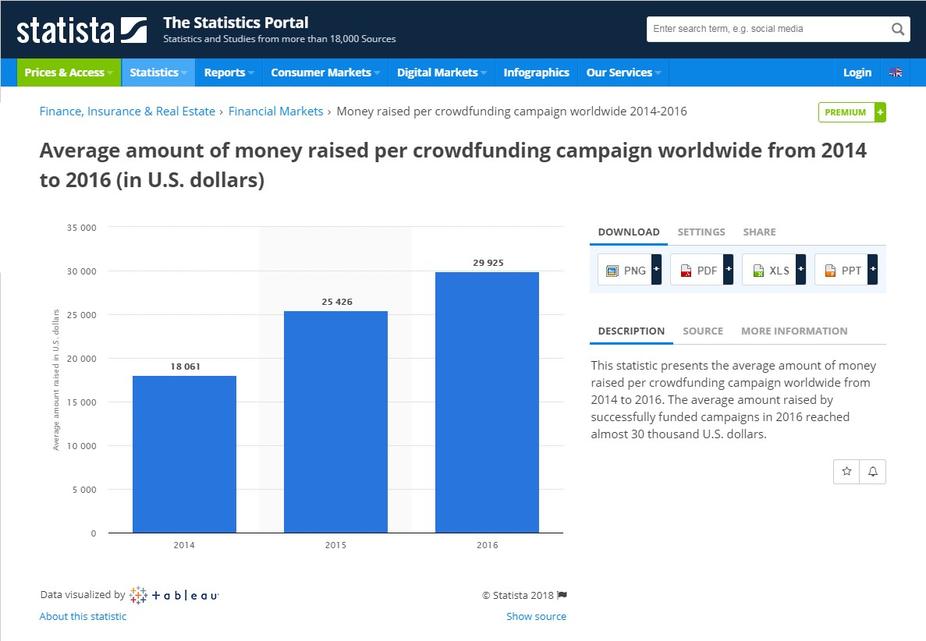 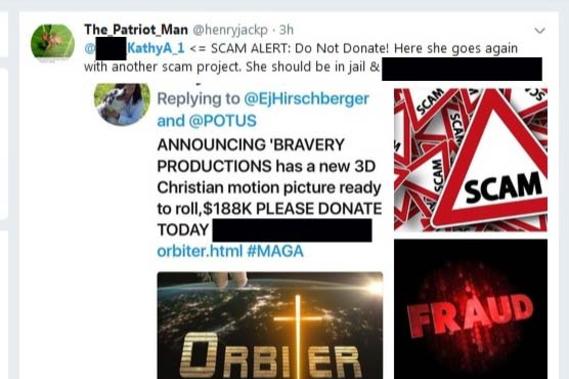 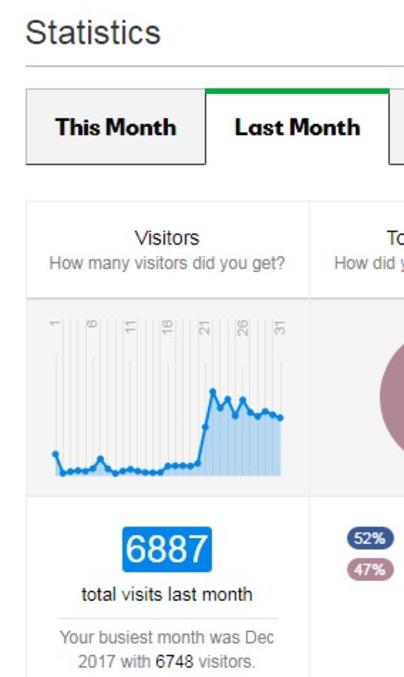 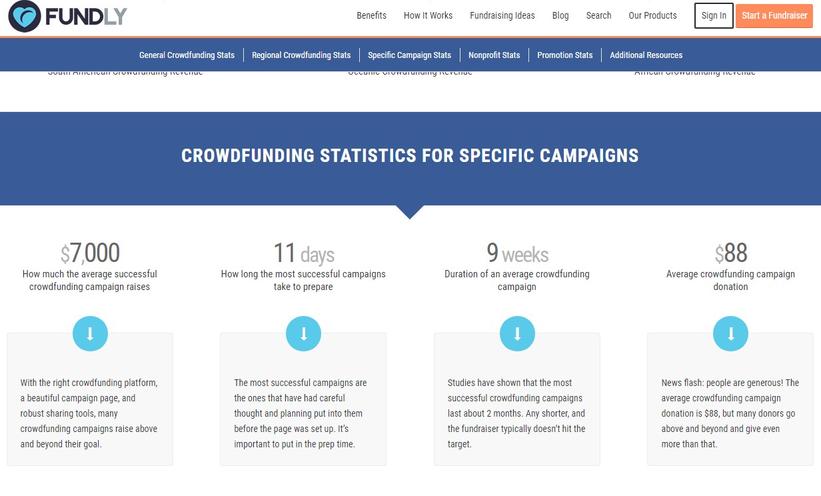 FYI, Stan Hjerleid, below, apparently believes he was speaking to someone Kathy did not know, but Jean is one of Kathy's best friends, so they do slip up.